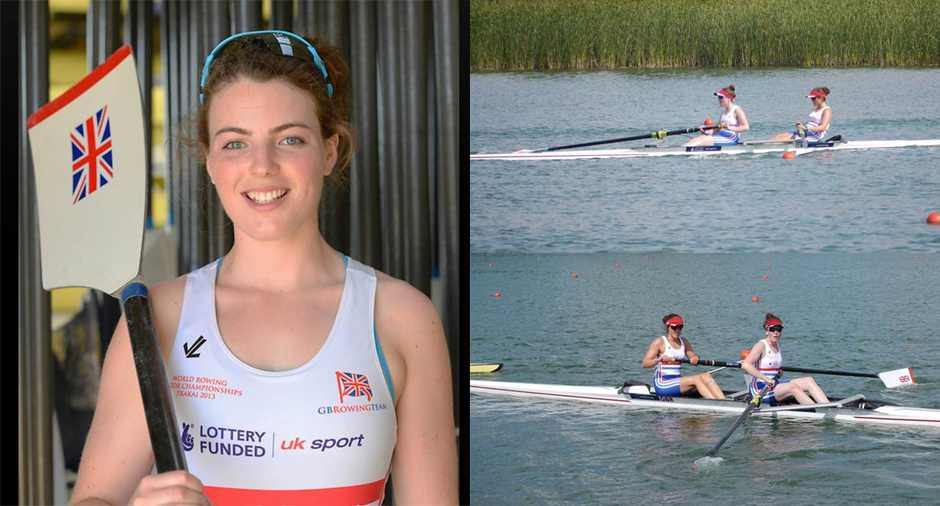 Tees Rowing Club Youngster Anna from Billingham, has made her mark as a Great Britain athlete by
representing GB at the Junior World Rowing Championship for the last 2 years, as well as winning two gold medals for GB,at the Munich Junior International Regatta last year.

With a strict training programme combined with her passion and determination, Anna is committed to train three times a day, six days a week with a continued schedule of competitions and testing weekends to help her reach her goals.

The sponsorship from Sine Consulting has provided funding for Anna to attend a 10 day specialist training camp in Cardiff, primarily aimed at endurance training.  Anna said: “The camp has made me a much stronger athlete and I greatly appreciate the support and backing from Sine Consulting.

“I am trialling later in the year for the Great Britain U23 team, which is the next step up from Juniors and I
believe my experience at the camp has improve my base fitness and stamina for the summer and will bring me closer to achieve my ambitions.”

Anna was just one of only three girls to represent GB at the Junior World Rowing Championships in Lithuania last year in the GB Junior Women’s pair at the biggest ever Junior championships, with 59 countries represented by 800 athletes. The Pairs event is known to be tough; mentally there is no room for any technical error with only two sweep rowers in the boat and physically the comparative length of the race makes it more demanding than the larger boats.  With an impressive result of third place in the semi-final Anna went through to the final breaking the national record for GB Junior Women’s Pair.

Managing director, Ian Dowding of Sine Consulting said: “Anna is one of the up and coming prospects in British Rowing and thanks to her talent, drive and passion, she has a very strong shot at becoming part of the Olympic team.  As such, we’re delighted to play our part in supporting Anna’s journey to help realise her
ambitions and look forward to seeing her compete at the very highest level in the future.”