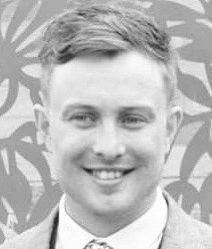 Sine Consulting are committed to the development of staff at all levels and strive to assist all employees achieving their career goals. As part of this process all staff have personal development plans in which measurable target are identified and periodically reviewed.  Following promotion to Senior Electrical Engineer in January 2021, Liam Bruce set himself the target of becoming a Chartered Engineer within six months.

Liam joined Sine Consulting, as an Electrical Engineer, in 2017 and was already a registered member of the Institution of Engineering and Technology (IET). Having previously achieved Incorporated Engineer status in 2018 and following the completion of a Masters Degree in 2019, Liam wanted to take the next steps in his career, after promotion, by achieving Chartered Engineer status. 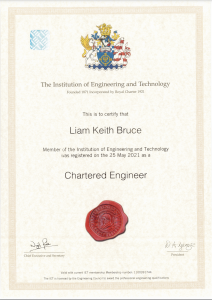 Under the sponsorship of his Electrical Director, David Warner, Sine Consulting are delighted to announce that Liam has achieved his goal of Chartered Engineer status.  Well done Liam!